We stopped in St. Louis on the way to Kansas City for a Tigers series. Busch Stadium did not impress me. It has 4 levels of seats around most of the stadium that makes it seem claustrophobic. Having only a mild rooting interest we bought cheap seats and ended up ABOVE the right field foul pole. The Stadium does have a Build-A-Bear Workshop that is reasonably priced if you have anyone in that demographic.

The game itself was 5-0 before the Cardinals recorded an out. It was 8-0 in the 6th when we left. I suppose the Reds won. 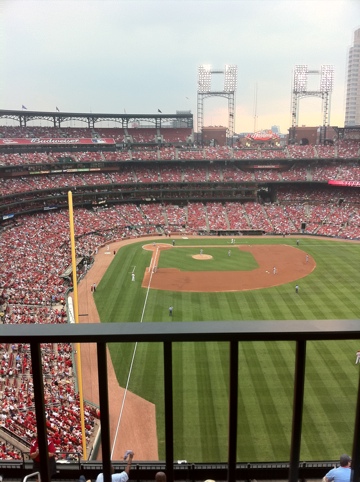